How can DaveM help you?

With proven and leading industry experience in a range of Autodesk software and solutions, DaveM AEC Consulting can offer a variety of services. There is no 'one-size fits all' solution, instead a suite of complementary services that can be tailored to your needs.

Offering a variety of services for Autodesk Fabrication suite of software. Including auditing, configuration and implementation.

Listening to your needs and customising solutions that work for you.

Providing industry leading training to ensure effective use of solutions.

Carefully assess and investigate all aspects related to BIM.

Identifying and analysing workflow to bring informed and concise solutions.

Leading experience in the Autodesk Ecosystem

Built upon decades of working in the industry, starting in the early 1990s with the adoption of software for digitisation of services for the construction industry. Software expertises include pre-sales demonstrations of software and workflow. Optimising the use of software and configuration of installations for the end user based on industry standards. 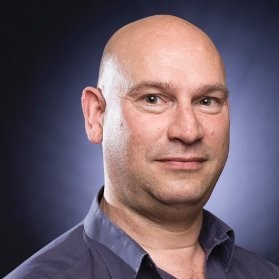 Focusing on connected workflows and efficiencies in the MEP services digital environment.

Originally from Ramsbottom, in the North West of England, Dave worked in both the CAM and CAD departments for a large HVAC construction company, instrumental in the development of M.A.P.’s and subsequently Autodesk’s CAMduct, ESTmep and CADduct software.

Following a move from the UK to Melbourne in 2011, Dave spent 3 years configuring and deploying Autodesk’s Fabrication ESTmep for one of Australia’s Tier 1 Mechanical Contractors.

Dave has developed skills across all facets of the industry, with involvement in consulting, contracting, manufacturing, project engineering, project management, and database management and creation.

His passion in the field has been recognised through invitations to speak at the prestigious Autodesk University conference in Las Vegas, with talks given in 2016 ('Fabrication ESTmep 2016—The Basics—Getting Started' ) and 2019 ('Modeling—Estimating—Manufacturing: How the Aussies Do it' ).

Since his arrival in Australia he has actively participated in the BIM MEPAUS initiative, more recently acting as a technical advisor and presenting at the 2017, 2018 and 2019 Construction Innovation Forum.

Fill out the form to contact DaveM AEC Consulting